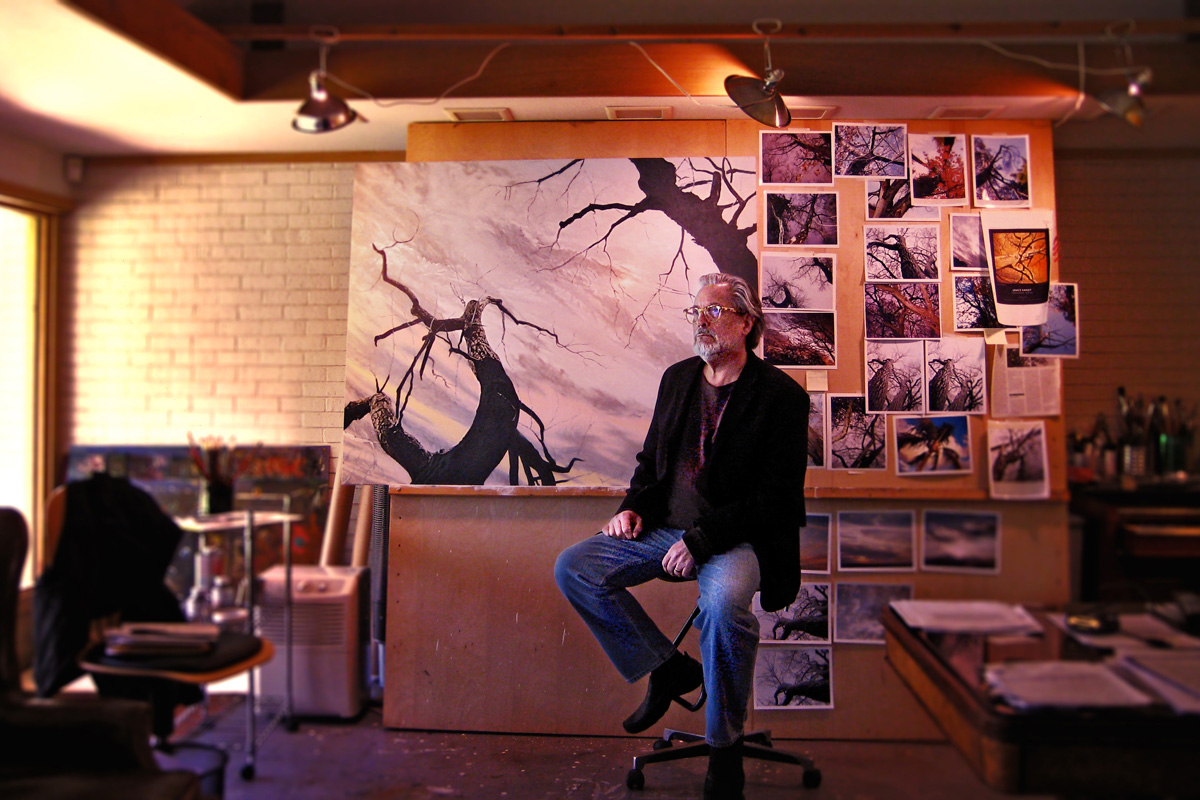 James began his career in the 1970’s as a designer and art director of print, film, illustration and typography. His work has won acclaim over the years with regional and national design recognition within the advertising community. James pioneered early computer generated motion graphics while in Hollywood, has a typeface design in his name, has been represented as an editorial illustrator, and was president of his own design firm for 15 years. A few years ago, James began pursuing his lifelong interest in painting. The evolution of his painting has resulted in a body of work referred to as the Landshape series.

My recent work, the Landshape Series, evolved from a lifelong interest in abstract, non-representational American painting. Although my formal training years centered around Realism, and the onset of Photo Realism, I never lost an interest in abstract composition. I found however, that non-representation brought more frustration to me than successful pieces of art. As a result, I find myself returning to a more natural arena of painting recognizable images in an abstract arrangement of elements. I like to refer to these images as abstract realism.

I often feel it is not so much how to paint, as it is what to paint. For subject, I began exploring my own sense of the nature I have grown up with. The convenience of digital photography has allowed me to visually experiment with natural, organic shapes in my own backyard. The technology of photographic sketches enables me to quickly decide what may or may not translate to oil on canvas. The computer provides pre-painting manipulation of color and composition.

Unlike classical landscape painting, I have developed an intimate sense of the landscape by pushing my point-of-view into the center of natural, organic shapes such as a tree, instead of pulling back into the distance. The landscape horizon then, is relegated to a secondary prominence, if dealt with at all. Often the horizon is simply implied. The look at landscape from within these shapes separates my paintings from the paradigm of traditional foreground, middle ground, and background landscape imagery.

While the paintings attempt to deal with the drama of composition, light and atmosphere, I also enjoy pushing my sense of color just off-center from the expected natural palette of earth tones. Not too far, but far enough to remove the viewer from their own sense of the natural, and introduce them to a comfortable, but hopefully undiscovered moment in nature.